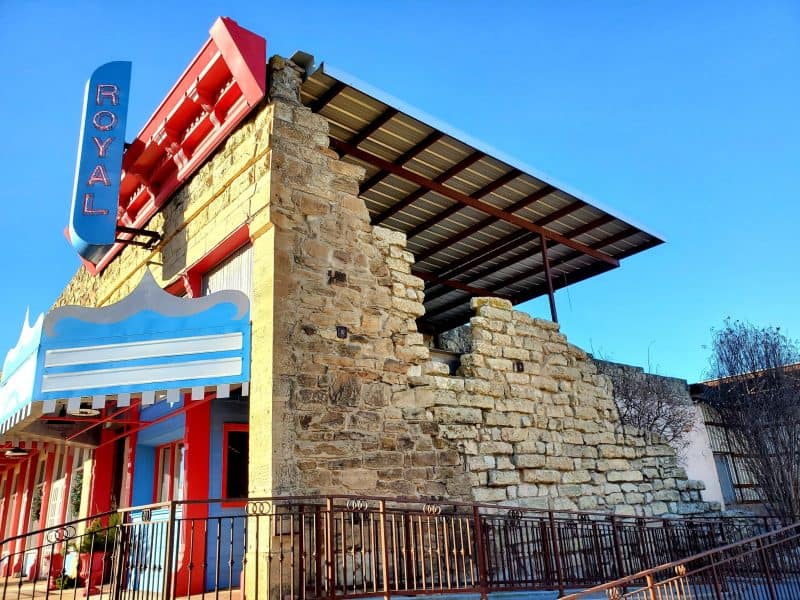 The famous Royal Theater in Archer City, Texas, still has its front facade and part of the side wall. In the back, it’s a roofless building that’s turned into an event space. Photo by Sheila Scarborough.

A building that is falling down or where the roof has fallen in can still be useful. One example is the Royal Theater, in Archer City, Texas.

The Royal Theater was featured in the movie “The Last Picture Show,” and production crews did the work to shore up the facade. The space behind has a shed roof helping to enclose a small open air event space. On the theater’s website, a neighboring building is used for indoor events.

Any small town can save their important facades, and create open air event spaces behind them.

Tourism expert Sheila Scarborough sent us these photos from her recent visit to Archer City. Read more about her visit in All Booked Up in Archer City. 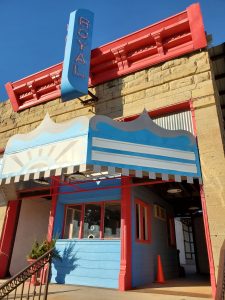