Towns under 1,000 are picopolitan areas. 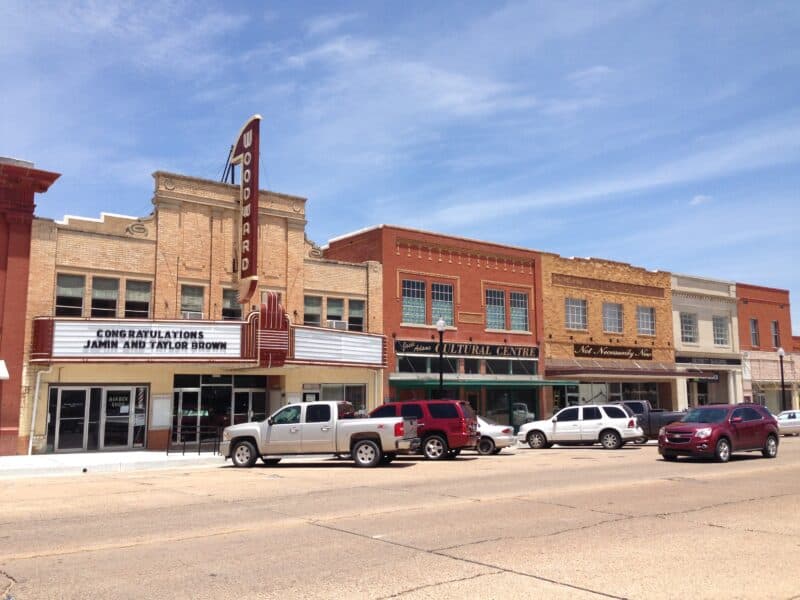 With a population under 12,000 people, Woodward, Oklahoma, is a small micropolitan area. Photo by Becky McCray.

The US needs a secure food supply, ongoing conservation and restoration work in natural areas, reliable production of natural resources and controlled access to nature for recreation. That means we need people living in small towns and rural places, and those rural people rely on micropolitan, nanopolitan and picopolitan areas to provide services and support necessary for their everyday lives.

Micropolitans are key to rural America’s prosperity. They are regional centers of employment, higher education, retail shopping, health care and other essential services for tens of thousands of rural people in their trade areas.

These towns serve as regional trade centers with limited retail, employment and services. These smaller centers often rely on nearby micropolitans for a more expanded set of services, especially higher education and health care.

How many people live in nanopolitan or picopolitan towns?

It’s hard to say for sure, because there are no official government definitions of these terms. Also, the Census Bureau definitions of rural vs. urban places and the Office of Management and Budget definition of core urban areas don’t line up.

By taking totals from different and not necessarily comparable reports, at least 21 million people live in smaller towns between 2,500 (the upper limit of “rural” for the Census Bureau) and 10,000 (the lower limit for “micropolitan” for the Office of Management and Budget).

The term “micropolitan” has only been used by the US government since 2003.

Micropolitan is defined by the US Office of Management and Budget as a concentrated or core urban area with at least 10,000 people but fewer than 50,000 people. A micropolitan area includes this core urban area, its central county or counties, and any adjoining counties that contribute a significant number of commuters. Officially, there are more than 540 micropolitan areas with a population of over 27 million. Here’s the US Census Bureau page on Micropolitans.

In January 2021, the Office of Management and Budget proposed raising the minimum size for a core metropolitan area from 50,000 to 100,000. That would cut 144 cities out of metropolitan status and reclassifying them as micropolitans, affecting 18 million people.

This would cause a complicated set of changes, as the affected cities would no longer qualify for a whole range of US federal programs, but might qualify for other programs targeted to non-metropolitan areas. There is no one list of all the federal programs and funding streams that would change for the individual cities.

Will this reclassification happen? Since it was a last day proposal by one presidential administration, it may or may not be taken up by the following administration.

If that does happen, the term “minipolitan” could be applied to towns between 50,000 and 100,000. (“Mini” is sometimes applied to larger values than “micro” when used as a size prefix.) Maybe that’s why the OMB started their classification of smaller-than-metropolitan areas with micropolitan, leaving room for an eventual minipolitan classification.