With some pride, I tell you that my hometown owns and runs a very excellent retirement community for the people who can still live independently. It is called the Homestead Retirement Community. 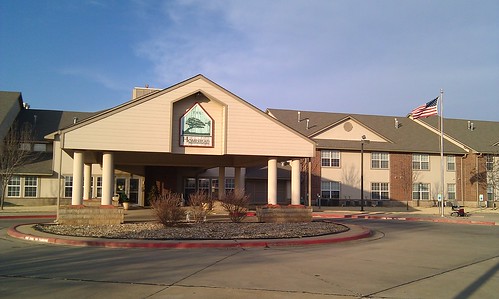 Since the economic downturn, our little town has been seeking ways to cut costs. Some short sighted people have been campaigning to sell The Homestead. They want to take it out of the public sector (where it is run for the good of the occupants and the community) and sell it to some for-profit corporation or LLC (which must, because that is the duty of a for-profit group, run it with the sole desired outcome of making money–as much as possible). Now, the City Fathers have actually taken that very, fateful step: the Homestead is for sale.

So, being me, I dragged out my soap box, dusted it off, climbed aboard, sharpened my “pen” and fired off a letter to my local paper.

I think it is horrendous that the City is trying to sell the Homestead.

It may be “good business” but it creates a lousy perception of what “society” (as in the social fabric of the community) is in Alva!

If memory serves me correctly, Alva voted for the Homestead because there was a lack of adult living space for those citizens who were not in need of rest home care but who were concerned to keep living alone. [I have, since this letter was published in the local paper, been set straight by a very highly placed source: “citizens did not vote; there was a survey with overwhelming positive results.”]

Enid, Wichita, Oklahoma City [all places considered within driving distance] offered the type of facility that the Homestead became, but they require a BIG buy-in that is forfeited when the residents moved out. In addition, those other places are not Alva and Alva residents are in Alva because they want to be–their friends are here, their church is here.

I have taken several of my friends from out of town to see the Homestead. People from the Dallas-Ft Worth Metroplex, the Boston area, the Denver locale, the San Francisco region, all rave about how wonderful the place is. When I tell them there is no buy-in they all really do a double take in amazement. They bemoan the fact that there is nothing similar in their own geographic area or in the area where their aging parents live.

Alva could certainly do a better job of advertising the Homestead. Also, if residents could bring their pet–say one small dog or one cat or one bird–more would move to the Homestead earlier, at a younger age. Someone bringing a pet could pay more of a “cleaning deposit” than others; they could pay a little more each month for the pet. I am sure some set of rules could be worked out.

I really, firmly believe that Alva should re-think this business of selling such a fantastic asset as the Homestead. Finally, since the oil and gas boom has come to town, surely Alva can find the money to continue offering this jewel to our older citizens.

I have received some emails in response to my blog bemoaning the selling of the Homestead. I thought you might be interested.

While neither of these people are residents of Alva, they did get a very positive impression of Alva just from seeing the Homestead. I fear by selling, Alva not only loses a great community asset, but also gains some very negative opinion around the area.

I am going to leave-off the names as I have not asked and these people have not given me permission to use their names.

Holy S***!  I love that place.  When you took [my son] and I there, it was amazing.  I am so mad too!  Why can’t people just live without thinking they need to make more money!

So…Tell me what is happening now with Homestead? What is happening locally to keep it going…? PETS are a must-have. The folks sit there languishing in their homes, yet their pets give them pleasure, make life worth living, give them a companion.